Never lose the stag or hen do kitty again with Pingit

The pre-wedding send-off is a pricey affair with average man forking out £7,997 across 11 stag dos in their lifetime and women heading on ten hens at a cost of £5,510. Researchers from the social money app Pingit polled Brits to reveal that the average stag or hen do kitty, where shared expenses such as drinks and taxis are paid from, is worth a whopping £928.

However, while the costs and activities may differ, one thing remains consistent - no one wants to be left holding the communal kitty. With every man contributing an average of £104, compared to £68 from women, it’s no surprise that cautious Brits are worried about taking charge of it - 73 per cent saying they hate being the one designated to look after the central pot of cash. 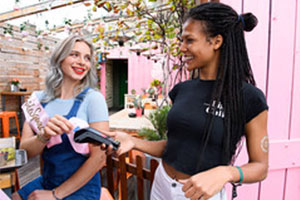 It seems our caution is not unfounded as a third (33 per cent) of us have admitted to losing group funds on a night out, with a further 35 per cent having had the kitty stolen, equating to approximately £206 million worth of missing kitties in the last year.

With morph suits and faux bridal wear reigning supreme on many stags and hens, dressing up was identified as being the most detrimental factor (38 per cent) in keeping the kitty safe, due to a lack of pockets, shallow pockets or simply nowhere to securely keep your funds. Miscommunication (22 per cent) and going to multiple locations (21 per cent) were also pinpointed as the other main reasons for kitties going astray.

To stop people having kittens and keep money safe during these fun-filled celebrations, Pingit has developed fancy dress that partygoers can pay with directly. The revelry-ready costumes ensure no one’s left worrying about who’s carrying the cash: each item contains a payment-ready chip sewn into it, allowing for seamless spending regardless of outfit choice.

The bespoke, limited edition costumes comprise of a kitty suit embedded with wearable payment technology paw-fect for picking up the next round, as well as bridal sashes, a morph suit and a sumo outfit, all of which secured their place as some of the nation’s favourite fancy dress outfits for stag and hen celebrations.

Whether you put down a paw to cover the tab or swish your sash to pay for the group activity, all of the wearables are designed to make contactless payment seamless for the wearer. 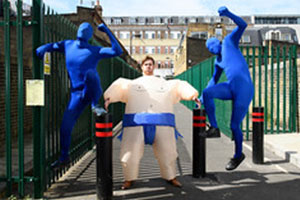 Darren Foulds, Managing Director of Pingit, said: “Fancy dress is a simple and fun way to add to the festivities on a stag or hen – but it is also a key contributing factor for group kitties going missing. Fancy dress continues to rise in popularity, with a 22 per cent increase since 2017, so we wanted to create a costume to help keep the kitty safe and the fun going.

“Pingit has also launched a new Jars functionality which allows users to put money in up to five jar accounts, perfect for organising and gaining more control over your spending. Over 58,000 Jars have already been created, especially for group events like stag and hen dos or holidays, so it’s clear that looking after our funds for these events is becoming increasingly important.”

The findings were released by Pingit, an app that facilitates easy peer-to-peer payments with just a mobile number.