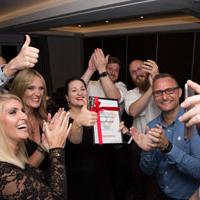 The competition was created by Red7 to celebrate its 20th anniversary, and the changing role of the Best Man over that time, but it was the story of Sean’s time as Best Man in June this year that really blew the judges away.

Nominated by Thom Brown, the groom who chose him for the prestigious role, Sean was a first time Best Man – and has decided that, following his win, he will never take up the job again! 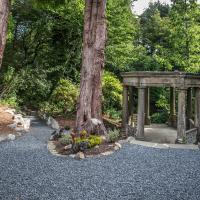 LUXURY Northumberland hotel Slaley Hall has boosted its credentials as a premier wedding destination in the North following interior and exterior refurbishment works.

A £20,000 cash injection has seen the hotel’s outdoor pagoda found in the Ornamental Garden restored, creating a stunning setting with a difference where couples can tie the knot or have their photography captured on the day.

Additionally, the gardens have been fully landscaped with improved accessibility for wedding ceremonies and events, featuring new flowering plants, ornamental grasses, shrubs and trees, as well as lighting adding to its ambience. 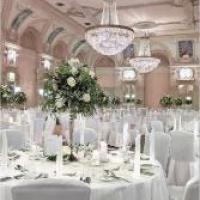 The Waldhaus Flims Alpine Grand Hotel and Spa: where breath-taking Alpine scenery meets the Grandezza of the Belle Epoque. The perfect setting to celebrate a truly fairytale wedding, this mountain retreat is located in the heart of the Swiss Alps. Waldhaus Flims has also been named the 6th most beautiful wedding location in Switzerland at the Swiss Location Awards®. 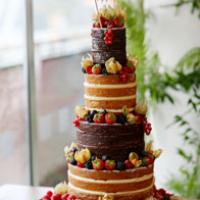 There’s no doubt that the wedding cake is one of the most important aspects of the day – the style, flavour, and how many tiers all considered. But have you ever thought about the ingredients that make up your cake?

Celeste from The Organic Wedding Cake Company has created a whole business off the back of her love for organic produce and the demand for organic cakes. She’s been buying organic for over 15 years but has been baking cakes for a lot longer and so it was only natural to bring the two together as a business. 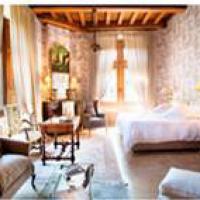 A baroque hideaway surrounded by the Pyrénées mountains, the elegant Château de Riell property in French Catalonia is an idyllic location to celebrate that special day. Whether it’s a small intimate gathering or an extensive grand affair, the château works with couples to create their ideal bespoke wedding reception.

With recent official figures1 showing that the number of older women marrying or remarrying has increased in recent years, new research suggests that for many the decision to tie the knot is as much about money as love alone.

According to a new study by Investec Wealth & Investment2, almost half (48%) of divorced and widowed women aged over 55 said that their financial wellbeing would influence or has influenced their decision to remarry rather than have a common-law relationship.

Of these, almost a quarter (23%) rated their financial wellbeing as a significant factor and one in ten (9%) the primary factor in deciding to remarry, rising to 15% among divorced women.

GOLDSMITHS is proud to be named headline sponsor for this year’s Condé Nast Brides – The Show 2017, having supported the event to great success in its previous years.

This September (29 – 01 October), the very best from the bridal industry come together to share expertise, knowledge and inspiration on how to host a dream wedding as Condé Nast Brides magazine is spectacularly brought to life through the likes of catwalk shows, The Imagination Room and Bridal Bar.

Leading luxury high street jeweller Goldsmiths is the destination for brides-to-be with each of its 100 plus local showrooms specialising in all engagement and wedding needs from bridal jewellery to gifting.

You've been asked to photograph a wedding, or maybe you haven't maybe you're just hoping to sneak in some images to add to your portfolio. There's a lot of do's and don'ts when it comes to wedding photography.

The couple has paid someone to get great images, and you're either getting in their way, or your flash is ruining their images. Be respectful, ask them if you're in the way, and let them do their job FIRST even if it's just your iPhone. 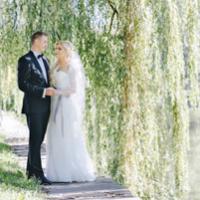 It's all about the photo. It doesn't matter if your wedding photo editing is on point if the photo is terrible. Weddings are often a "one shot" event and if you don't get it right then and there editing won't salvage it, and there's no "do over". It's hardly a secret but it's definitely a must know before shooting any wedding that your work is up to the challenge. 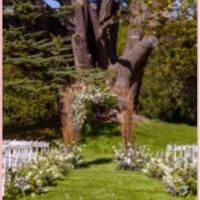 When planning how your wedding day will look, it can be quite overwhelming, from deciding on the overall theme to the details you want to include in your styling.  Wedding stylist, Lindsey Hunter is an expert at styling venues, making them look spectacular, even with the simplest of décor.

Nature and rustic weddings have been popular this summer, but where do you draw the line when it comes to how much décor to use?  Lindsey shares how you can add a touch of nature to your wedding styling using minimal details to create a beautiful ‘less is more’ look that will wow your guests.