How to get John Legend to perform at your wedding

The wedding organiser contacted us about a prestigious wedding in Rome of an Asian bride and groom. The approximate entertainment budget, date, type of audience and venue were provided. The wedding organiser asked us to come back with ideas for acts who could perform the first dance and then launch into a full performance. We then checked the schedules of potential and suitable artists within the budget and reverted back to the wedding organiser with our ideas. 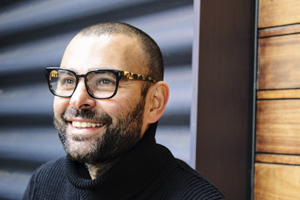 For the event and budget, suitable ideas we proposed included Bryan Adams, Ricky Martin, John Legend, Ellie Goulding and CHIC. The wedding organiser then fed the ideas and costs to the client alongside our advice for which acts would potentially work best, what they are like personally, the rider requirements, production and so on; so that the client had a full understanding of what booking each performer entails. The client afterwards came back saying that John Legend is there absolute favourite and that they would like to proceed with booking him, especially if he could perform their first dance.

Having already touched base with John’s manager in LA to check his availability from the outset, I then followed up with management to confirm interest and get into the finer details of the arrangements, including crucially try and negotiate the very best price. There was an unforeseen complication in that John had confirmed to his very good friend (a major US celebrity), that he would perform at his wedding in Miami the night before our clients wedding in Rome. Utilising my relationship with the manager, I was able to convince them that rather than chartering a jet, which would have obviously been a huge cost to the client, they should catch the last commercial flight out that night. So, he performed at his friend’s wedding in the afternoon rather than in the evening in order to catch the flight to our clients wedding.

The fee we managed to secure was 25% less than John’s usual fee, which again was a result of our strong relationship. All other details including the type of performance photography, filming requests, band set up, contract conditions, hotel requirements, repertoire and production requests are also keenly negotiated at this stage. Once everything is agreed we then draft contracts between the artist and the client to include all points and then, arrange signature of the contracts. The client pays the fee and we move on with organising the logistics around the performance. This can involve every detail from booking flights, to hotel rooms and ground transfers, plus agreeing a level of production suitable for the event and venue, which allows the artist to perform a first class show and in this case curating the set list that John would perform with our client; including his number one hit ‘All Of Me’ as the first dance.

On the day of the event I was in Rome to meet John off of his flight and check in to his hotel, oversee the soundcheck and production, manage his schedule and ensure that his dressing room & rider were provided. I was with the John right through to bringing him on stage for his performance on the night.

The Bride and Groom didn’t have to worry about a single thing, everything was managed and seamlessly handled so that they could simply enjoy the show and their big day. The only time we had to disturb the bride and groom, was to invite them back stage after the performance to have a glass of champagne, a chat and photos with John.