Brits Regret The Expense Of Attending A Wedding In 2019!

New research has shown that a significant number of the UK public regret spending money on events they felt obliged to attend, including birthday parties, weddings, family parties, and work drinks.

The research, from 118 118 Money, found that 35% of the UK public regret the expense of attending a wedding in the past year. 38% of us regret spending money on birthday parties, 24% of us admitted remorse over buying presents for colleagues, and 23% of us didn’t want to pay as much for hen and stag parties.

17% of Brits end up having to face one of these costly obligations around once a month, but a huge 8.8 million are faced with an obligation to spend at least two to three times per month. 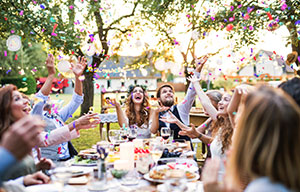 Those aged between 45 – 54 and 65+ chose attending weddings as their biggest expense regret when it came to obligations.
35% of people aged 25 – 32 admitted to spending money on obligations they can’t avoid, as often as 2 – 3 times per week, while those aged 65 and over only find themselves faced with these events a few times per year.

Catherine Taylor, a Sales Executive from Manchester, has spent £700 on two hen parties and one wedding she felt obliged to attend this year:

“One of my good friends from school and my very close colleague both got engaged last year, with one of them marrying in September 2019 and the other in 2020. They both had hen parties in the summer, and they were not cheap. For one, we flew out to Ibiza for four days, and for the other, we went to a cottage in Bristol for two nights.

“Both the hen parties and the wedding in September ended up costing me about £700 altogether, over about 4 months. I’m saving for a house deposit, so don’t really have that much spare cash.

“I know I could have said no to the parties and technically the wedding, but a few of the other girls dropped out the Ibiza trip and I knew I would upset people by not attending. It was my choice, but I wish the brides had opted for something a little cheaper, as I did feel obliged to attend.”

About 118 118 Money
118 118 Money Keeps Britain Running! Life is sometimes messy, unpredictable and surprising — that’s where we come in. Our mission is to help our customers handle whatever lands in their path, so they can get back out there and get on.

We hit the ground running in 2013 with our revolutionary unsecured personal loans, providing UK residents with access to credit at fair and affordable rates. Always looking to challenge the status quo, last year we launched the 118 118 Credit Card, the UK’s first-ever subscription-based credit card.

Our customers trust us because we trust them. To date, we’ve helped over 200,000* UK customers — earning us a 4.5 star Trustpilot rating.**

We’re here to ensure that anyone can handle life's financial journey with confidence and dignity. In the race of everyday life, 118 118 Money Keeps Britain Running!