What To Expect From A Muslim Wedding As A Non-Muslim

The United Kingdom is a melting pot where it is highly likely to have friends, family members and colleagues that come from different backgrounds to ourselves. Although it is still a predominantly Christian country (49% of people belong to this religion, according to a 2011 census) 0.5% also identifies themselves as Jewish, 1% as Hindu and a considerable 5% as Muslim. 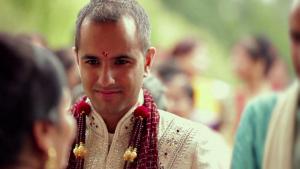 Because it is commonplace for an office or neighbourhood to have a variety of persons practicing different faiths, being invited to a traditional Islamic wedding is hardly an unlikely scenario. Unfortunately, this honour can also be a source of some anxiety for the overwhelming majority of Britons who do not understand much about Islamic culture. The last thing we would want to do is to offend or embarrass. So what should you wear? What should you bring? What, overall, should you expect?

Muslim weddings celebrate the same things as any other. They are about rejoicing the joining of two people in marriage. Although there are lots of different types of Islamic weddings depending on how each respective couple practices their faith, one of the most common differences from Christian weddings is their length. Muslim weddings are very rarely just a one-day event; they often last for multiple nights.

If you have been invited, it is likely that you have been asked to the Walima, which is hosted by the groom’s family on the night of the wedding. This is the equivalent of the evening party; a celebration of the wedding involving speeches, music, cake cutting and plenty of food. Alcohol, however, may not be available.

Non-Muslim guests attending the Walima should not be overly worried about what to wear; there is not a great deal of difference between a Christian wedding and Muslim wedding in this sense. You should ensure that you are wearing modest clothing though. For women, dresses should be long enough to conceal the knees; disguising cleavage is recommended; and you may want to invest in a cardigan or shawl to cover shoulders. A traditional suit is ideal for men.

Finding the perfect wedding gift is difficult for even your closest family members. At an Islamic wedding, it is thankfully very straightforward. Many Muslim wedding invites will stipulate “no box presents” which essentially means you should not bring material items – candles, décor, glassware, etc. Instead, it is commonplace to give money in an envelope.

Being invited to celebrate the marriage of a friend, colleague or neighbour is a privilege no matter what religion they practice. Non-Muslims have little reason to worry about offending anyone in attending a Muslim wedding. With a smidgeon caution about fashion choice, gift giving and what to expect, you can thoroughly enjoy what is bound to be a very special event.