End of the White Wedding: Only 1 in 5 couples say I do to tradition

A study conducted by an online voucher code website has found that 44% of couples do not want to have a traditional ‘white wedding*’ with just 20% wanting one.

In addition only one in three people in England and Wales have a religious ceremony**. So we ask; are we seeing the end of traditional weddings?

Are we seeing an end to the traditional White Wedding in the UK? According to research, just 1 in 5 couples want to have a formal wedding, something that is traditional. In addition 30% of couples would rather get married in a hotel compared to just 9% who would opt for a church service. 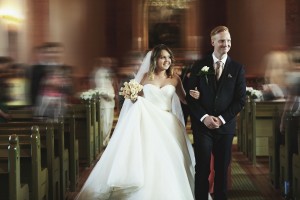 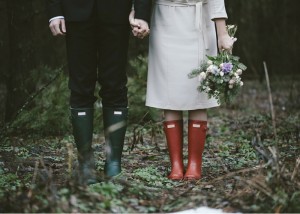 Looking at the reasons behind their choices, My Voucher Codes then asked respondents to state why they did not want a White Wedding or only aspects of it. They could choose from a list of options

For the majority of those taking part in the survey cost was the biggest reason why they would not want a traditional white wedding. On average the cost of a wedding in the UK can cost in the region of £20,500*** although social media websites such as Pinterest and Polyvore have made DIY weddings more popular and cost effective.

To find out more, My Voucher Codes then asked participants where they would ideally like their ceremony to take place, choosing from a list of standard options. The results can be seen below:

Chris Reilly General Manager of MyVoucherCodes, spoke about the study, he said:

“Many people are stepping away from tradition when it comes to getting married, once over a church service followed by a wedding breakfast with family and friends was common for many couples. Especially when the bride and groom did not live together beforehand. We did see an increase in the size and cost of the celebration it seems now that people are beginning to find the cost and stress of organising a big traditional wedding too much.”

“Now people want to choose places to say ‘I do’ which have meaning to them, or which are easy to hold an all-day function. Couples are also not wanting to stick to the standard format of wedding parties made up of groomsmen and bridesmaids and all that entails. I think in future we will see a big shift in how and where couples get hitched.”

*A traditional white wedding is formal or semi-formal event, originating in the United Kingdom. It includes a ceremony, normally in a church or formal setting, sit-down 3 course meal, cake, decorations and music. The full wedding parties consisting of groomsmen, bridesmaids, flower girl’s and ring bearer.

**According to Oxford University demographer John Haskey just one in three weddings in England and Wales has a religious ceremony.