-      3.9 arguments per month contribute to a happy marriage

-      76% believe it is healthy for happily married couples to argue

British adults have revealed the elements they believe make up a successful 21st century marriage, and there are some surprising results.

A survey of 2,000 UK adults carried out by One4all, the Post Office gift card, found 76% believe it is healthy for happily married couples to argue.

In fact, an average of 3.9 arguments per month contribute to a “happy ever after” in 2017, according to Brits.

That along with going on 3.8 dates and having sex 8.35 times per month, are key to a successful marriage, British adults believe.

Brits expect spouses to compliment one another on average 14.98 times per month and to go the extra mile giving one another presents twice in the same time period. 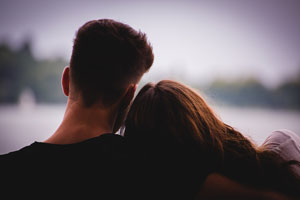 Couples who want to abide by ”until death do us part” should enjoy meaningful conversations with each other 16.64 times per month according to respondents, while they should flirt with each other 13.51 times monthly.

The research also found that Brits are most likely (64%) to look to their parents as an example of what a successful marriage looks like, followed by grandparents (22%).

Aoife Davey, group marketing manager at One4all Gift Cards commented: “It’s healthier to discuss upsets and concerns than to bottle them up.

“Traditionally, arguing may have been considered unhealthy but actually many Britons now recognise the important role of expressing your feelings - both positive and negative - in relationships. Just make sure that tempers are kept in check, you are respectful and that you are doing the more positive essential components regularly, too”.

Belfast adults appear to have the fieriest expectations of marriage as they believe couples should have sex 10.26 times per month and argue 5.48 times per month.

Those in Manchester value a deeper connection and believe having meaningful conversations 17.81 times and paying compliments 16.17 times per month are the key to a successful marriage.

Sheffield residents have the most romantic expectations of married life, proposing sex 9.62 times and 5.08 dates per month will result in ‘happily ever after’.